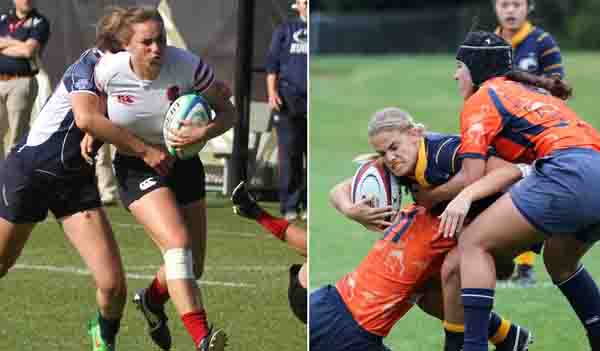 What is Rugby Sport and How to Play?

What is Rugby Sport and How to Play?

Today, there are many kinds of sports. Each sport has its own characteristics. As Attack Sport, we provide the production and supply of many sporting goods. Together today we will explore what is rugby, its history and how it is played. Rugby Sport is a sport that is followed all over the world. Besides being loved, it is a bit hard game and there is a lot of danger. It is a sport based entirely on physical strength and tactical offenses. Now let’s look at the details of this sport.

There is a city called Rugby in England. In this city, a football match is being played while a player holding the ball between his arms running towards the castle started rugby sport. Since 1823, it has become a sport that is widely followed and spread to many countries of the world, especially England. It has become a very popular sport in France, Wales, South Africa, New Zealand and Australia.

What is Rugby and How to Play

What Are The Rules Of Rugby?

Now let’s talk about a few rules of rugby. Rugby played on the artificial grass flooring. The most important rule in this sport is not to pass forward. In this sport, played in teams of 15 people, courage is more important than strength and agility. Because it’s a tough sport. Positions and roles on the field are separated, with 8 in attack and 7 in back. Unlike football, strikes are heavier in rugby, with strikes in collisions and heavier battles, while players playing back are more focused on dodging and scoring. However, when we look at the international teams in the new world rugby order, those who play as backward as well as those who play back as rock or maul also remain in the struggle.

As with all sports, there are some organizations where rugby sports are connected. Rugby league or rugby league rules are played. There is another kind of sport. Seven is known as rugby. Seven rugby can be played with both rugby league and rugby league rules. Rugby, whose original homeland was England, later spread to British colonies. The best teams in the world are New Zealand, South Africa and England.

It has an important feature that distinguishes rugby from other sports. This is gentlemanly and respectful. It is a feature not seen in any other sport in the world that the teams who are physically challenging each other during the match can end the event with fun together and sing and drink songs when necessary. It is strictly forbidden to speak outside the referee and team captains during the match. The decisions of the referee should not be challenged. Otherwise, the final player will be suspended.

Rugby is a Team Game and it is a Difficult Sport

First of all, you should know that this sport is a rough and challenging sport. But it is more important than physical strength to set up the game plan well and balance team play in a balanced way. Rugby is a fast-paced game, so it’s important to make very quick and accurate decisions.

There are 15 players in different positions in the rugby sport. The strikers do the hardest work as eight people and are in constant collision. The 7-man back team is more focused on hitting the ball from the heavy men and finding space.

The easiest answer to the question of how to play Rugby; The ball is played by moving to the opposite side (behind the opponent’s goal line). Physics, power and technique to pass the opponent players, if necessary to advance the ball by pausing one meter, to advance in collision, but the greatest goal is to ensure the progress of the ball. In Rugby, players need to play as a team and move together, making a single music, just like an orchestra. The biggest rule that should be known in matches and training is to not speak too much and not object to the referee regardless. The pointers’ instructions and actions provide guidance for the team and variations are applied to trick the opponent team.

What Are The Sports Equipment Used For Rugby?

Rugby is a very hard match, so we need to be very careful. Therefore, there are some sports equipment to be used. There are many materials such as mouthguard, shoulder, hood, gloves, crampons and kicking tees. As you can see, in order to do Rugby sport more fun and safe, you need to supply the materials mentioned above. As Attack Sport, we deliver our products to you with an understanding that never compromises on quality. Attack Sport Turkey’s largest manufacturer and supplier of sports equipment. If you want to make your sport safe and fun, please visit our website.